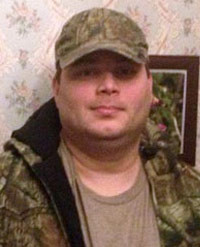 In his late 20s, James Thompson developed crippling anxiety, the kind that imprisoned him at home and made him want to end his life.

It got so bad that Thompson purposely hurt himself, cutting his arm and punching walls to drown out the overwhelming feelings. After a particularly bad episode, Thompson turned to NewBridge for help with panic attacks and agoraphobia (a fear of crowded places).

Learning that Thompson had a love of the outdoors, his counselors encouraged him to pursue it. He picked up a point-and-shoot camera and began photographing wildlife in his yard at dawn, when nobody else was around.

“Photography gives me something to concentrate on, instead of having my mind race,” said the 37-year-old Passaic County resident. Thompson is making strides. While once he was unable to go into stores, now he can – as long as he can use self-checkout lines.

“I want to keep myself going forward,” said Thompson. “My motivation is to get myself better.”

I believe in NewBridge because…they didn’t give up on me when I did.