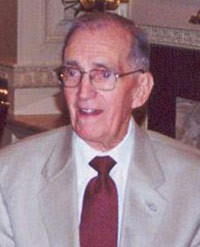 Upon graduating from MIT in the early 1950s, Ryan landed a job as a chemical engineer at Colgate-Palmolive Co. and moved his family to Pequannock, N.J.

When he began experiencing panic attacks, Ryan sought help from his pastor, the Rev. Donner B. Atwood of the First Reformed Church of Pompton Plains. Ryan joined Atwood’s effort to find a solution to the community’s growing need for mental health services. The result was the opening of the Pequannock Valley Mental Health Center (later named NewBridge Services).

“He realized how many people needed that kind of help, and he felt drawn to the cause because of his own experiences,” said Marie Ryan, his wife of more than 60 years.

Ryan served on NewBridge’s board of trustees (including a term as president) and other committees for many years, and he remained an avid supporter until his death in 2005, at age 84. Ryan was the father of three, grandfather of seven and great-grandfather of 13.

I believe in NewBridge because… it helped so many people who had no place else to turn.