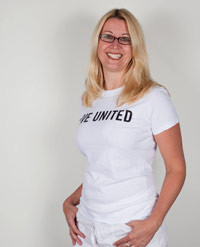 Michelle Roers’ introduction to NewBridge Services came in the aftermath of the September 11, 2001 terrorist attacks when, as a licensed social worker, she was called upon to help provide crisis intervention.

“At the time, the disaster response system was fragmented and unorganized, but NewBridge stepped up to provide leadership in coordinating Morris County’s mental health response,” said Roers, who volunteered on the Morris County Human Services Response Network.

Roers’ ties to NewBridge grew stronger when she left the Morris County Prosecutor’s Office (where she coordinated support services for crime victims) in 2007 to become director of community impact at United Way of Morris County. Serving on the Housing Alliance of Morris County, she worked closely with NewBridge CEO Robert L. Parker and Chief Real Estate Officer Melody Federico.

“NewBridge is always right there in the center of the action, advocating and collaborating to increase affordable housing,” said Roers. United Way provided the seed money for NewBridge’s collaboration with The Rose House to build award-winning special needs housing in Hanover Township.

Roers, a Minnesota native, was promoted to chief professional officer in 2011, when the United Way of Northern New Jersey was formed to serve five counties. The married Morris Plains resident is an avid traveler: she studied in Kenya for six months and has ventured to other parts of East Africa, India, New Zealand and many European countries. Her next trip? Somewhere in South America!?!

I believe in NewBridge because…NewBridge is a remarkable organization…with remarkable people (staff, clients and volunteers). Their passion and hard work are a real benefit to our community.