Fergie Romero became a mother during her junior year at Dover High School. In her senior year, Romero missed too too many classes when her daughter was sick. She was given a choice: repeat the school year, or leave. 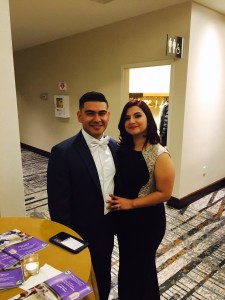 “NewBridge was a great stepping-stone. Everyone was so welcoming and helpful,” said Romero, a 2015 graduate.  “I don’t know what I would have done if I hadn’t gone there.”

Shortly after graduation, NewBridge Jobs Plus Career and College Counselor Jill Worrall called her about a job opportunity with Zufall Health, a community health center. Romero was hired as a patient representative in November 2015, and in December 2016 was promoted to do outreach. “NewBridge saw my potential before I did,” she said.

The 19-year-oldintends to pursue a nursing degree. She lives in Dover with her daughter, Julia, and husband, Anthony Steve Rivera.