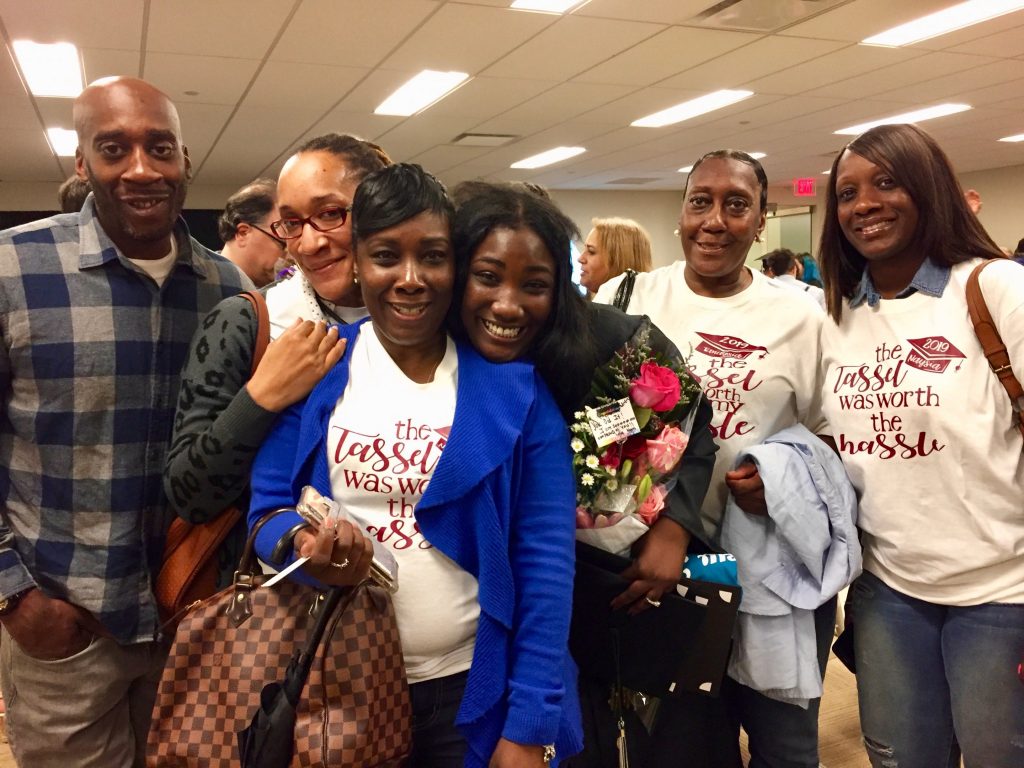 Not long ago, Tanaysia Smith was using drugs and living in abandoned buildings in Irvington. She overdosed and spent five months in rehab, only to relapse and return to the streets.

Smith finally decided she’d had enough of that life. The 20-year-old stopped using drugs and enrolled in NewBridge Jobs Plus last fall to earn her high school diploma. She had dropped out of school a few years before, and getting back into a classroom rhythm wasn’t easy.

“I didn’t like it at first, but they always gave me good advice and encouraged me to keep coming,” Smith said. “They made me see that it was worth it.”

Smith and 36 young adults earned their New Jersey high school diplomas as the NewBridge Job Plus Class of 2019. Dressed in caps and gowns, 25 of them crossed a stage at Wyndham Hotels & Resorts headquarters on June 19 as more than 200 relatives and friends cheered.

“I have 37 new heroes,” said NewBridge Board of Trustees member Patti Lee, a top executive at Wyndham Hotels & Resorts. 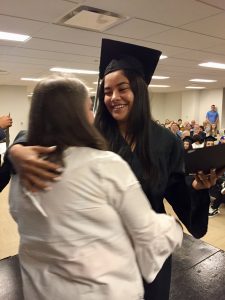 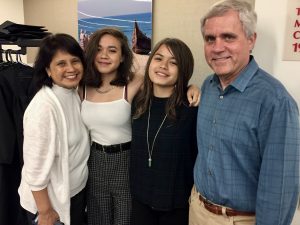 Sixteen-year-old Dana Miller said she never felt high school was a good fit, so she left during her sophomore year and enrolled in NewBridge Jobs Plus with her parents’ blessings. She quickly completed her coursework and passed the exam.

“NewBridge Jobs Plus gave me confidence and helped me get to where I needed to be,” Miller said. The Morris Plains resident won the $1,000 Alumni Appreciation Scholarship Award and will attend County College of Morris (CCM) for design in September.

Jaquan Eke became teary-eyed when called to the stage to receive the $1,000 James Ryan Memorial Scholarship Award. NewBridge Services Board of Trustees President Debbie King presented the award, named in honor of her father, one of NewBridge’s founders. 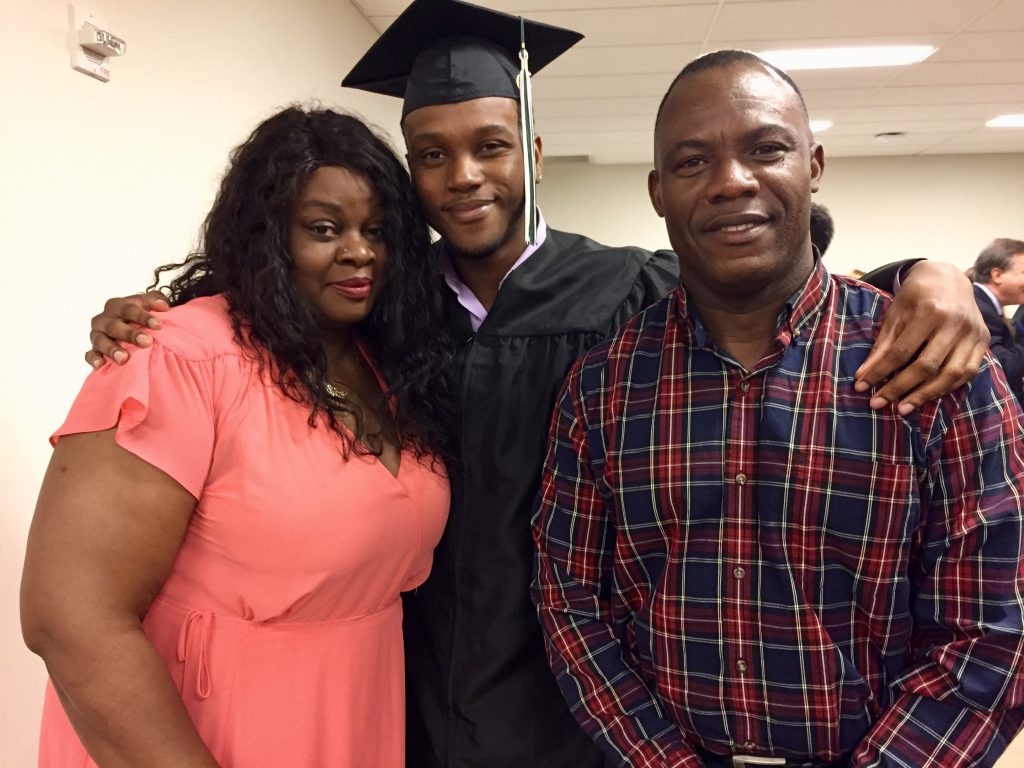 “I messed up bad in high school and you didn’t give up on me,” the 18-year-old said to his parents, Elisa and Osaze Eke, in the audience. Eke said Parsippany High School expelled him in March for testing positive for marijuana use.

That was a blow for Eke, who was a good student and enjoyed high school. He said he just sat on his couch for a month. “I didn’t want to have to start over, but then I remembered what was at stake, and that was enough to motivate me,” he said. “Learning to adapt was a huge thing.”

Eke will study computer science at CCM in the fall, and plans to attend Boston University for his master’s degree.

Morristown resident Harold Munguia won the $1,000 Lakeland Bank Scholarship Award and plans to study radiology at CCM. NewBridge “really supported me and they helped me grow up,” the 19-year-old said.

Brian Rutan received the $1,000 Wyndham Hotels & Resorts Scholarship Award and plans to pursue a degree in music at CCM. The Mount Olive resident has been playing instruments since the fourth grade. NewBridge Jobs Plus was a better fit for him than high school. “I liked how understanding everyone there was,” the 17-year-old said.

Tanayshia Smith won the $1,000 Skylar Matthews Memorial Scholarship Award, created in memory of a 2017 graduate, and was named Associate of the Year. “She never let anything stand in her way,” NewBridge Jobs Plus Educational Coordinator James Ivey said. The Morristown resident plans to study at the Fortis Institute and pursue a career in the medical field.

Smith’s mother cried when her daughter told her she passed the state high school exam. “It’s been such a long journey. She didn’t think she deserved good things, but she’s strong and she’s smart, and I always knew she was destined for something great,” said Lakesha Smith. She and other family members wore shirts that read, “The tassel was worth the hassle.”

Phil Silva, a 1999 graduate, shared how NewBridge Jobs Plus helped him turn his life

NewBridge Jobs Plus alumnus Phil Silva urged the Class of 2019 to remain disciplined.

around and urged the young adults to persevere and remain disciplined.