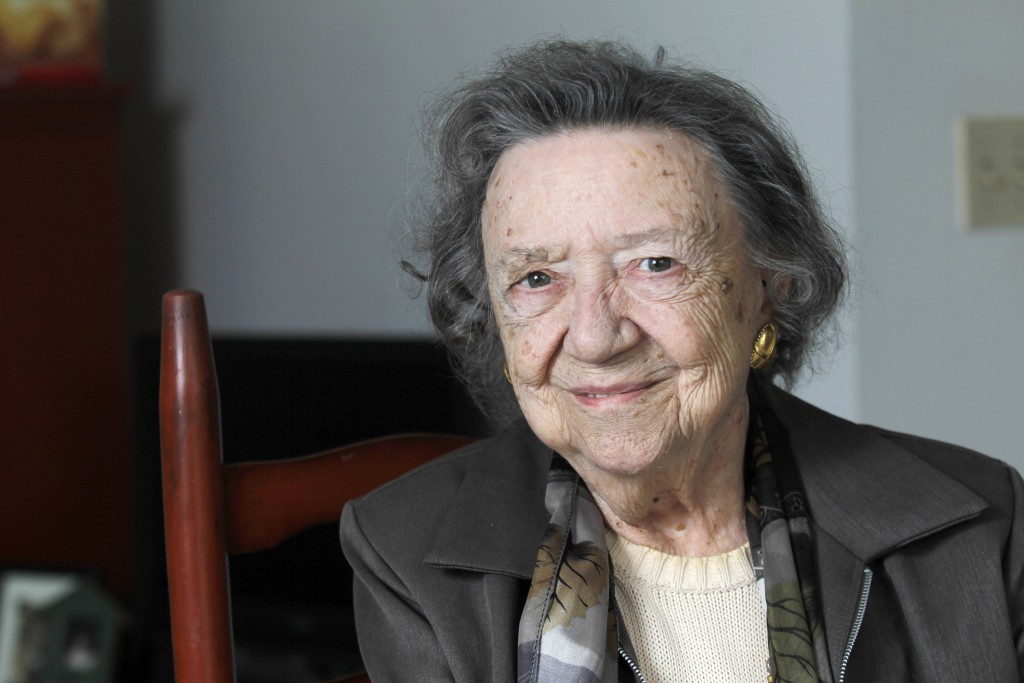 Marie Tishy of Pequannock, 82 years old and a client of New Bridge Services is seen relaxing at her home in Pequannock. 1/20/2017 Photo by Jerry McCrea

After losing her $2,500 hearing aid long before she’d paid it off, Marie Tishy resigned to a life without conversation, a world of muffled sounds.

The 82-year-old’s income put her just over the Medicaid limit, and she’d charged the hearing aid to a credit card. “There was no way I could afford another one, let alone two of them.”

Not long after, Tishy was fitted for two hearing aids at a cost of only $250. “That changed everything. I can hear what people are saying, and I’m not afraid to socialize like I was,” she said.

Widowed 25 years ago, Tishy was introduced to NewBridge SAIL when she moved into Pequannock Township’s senior housing in 14 years ago. “I had such severe anxiety, I sometimes couldn’t move,” she said. Tishy began seeing a NewBridge counselor, who helped her learn to manage anxiety and depression.

Tishy is very independent, calling on Mattson only when she feels she needs the support. Mattson helps her fill out financial paperwork and ensure she’s accurately paid her bills.

“It is unbelievable the work NewBridge does for people, and what they know! I can call Claudia about anything and she’ll find out and tell me what do to,” Tishy said. “NewBridge has made such a big difference in my life.”