Mental Health Awareness Month is nearly over, but the momentum must continue so people with mental illness can receive treatment and get better! In any given year, an estimated 43.8 million Americans will experience mental illness, but less than half — 41 percent — received treatment last year, according to the National Alliance on Mental Illness.

In New Jersey, we’re facing another challenge: on July 1, the state is changing the way it has funded mental health for 40-plus years, and many community mental health providers anticipate significant loss of revenue under fee-for-service funding. Rather than receiving upfront payments from the state that allow them to treat people no matter their ability to pay, community mental health providers will be reimbursed for certain “billable” services, but not others, and in some cases at rates that do not cover actual costs. Payments will be withheld when clients miss session, despite the fact that is a common occurrence for people with serious mental illness. (It’s estimated appointments are missed 20 to 30 percent of the time.) 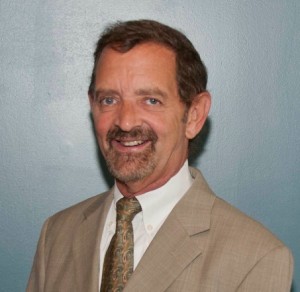 According to a May 29 article in The Star-Ledger, nonprofits that provide mental health treatment to our communities’ most vulnerable residents predict deficits ranging from $125,000 to $2.5 million a year. The New Jersey Association of Mental Health and Addiction Services estimates as many as 20,000 state residents could lose access to services.

The situation caught the attention of the Greystone Park Psychiatric Hospital’s board of trustees. “The board feels this approach is shortsighted and will ultimately cost more in human impact and the economic costs to the state,” chair Eric Marcy wrote in a May 19 letter to acting Human Services Commissioner Elizabeth Connolly. “It seems counterintuitive that we would be moving to a fee-for-service system when there has been a move towards providing a system of comprehensive care across a continuum. Quality, not quantity, is what should be driving the care of the chronically mentally ill.”

There is bipartisan support to include financial safeguards. Sen. Tony Bucco (R-Morris), Sen. Robert W. Singer (R-Ocean) and Sen. Robert Gordon (D-Bergen) have sponsored a bill (S-3121) that would set aside $90 million in the state’s 2018 fiscal year budget to reimburse providers for any shortfalls in revenue for one year. (A-4827 is the companion bill in the Assembly.) This would provide a cushion for nonprofits to adjust to the new funding system and allow the state to fix problems with it.

Gov. Christie this month signed a law creating an advisory board to monitor implementation of fee-for-service funding and determine if the state’s payment rates are sufficient, but NewBridge fears that oversight will come too late. We ask all residents to contact their local legislators and insist this crucial safeguards be included in mental health funding. Legislators can be found by municipality here: http://www.njleg.state.nj.us/districts/municipalities.asp.

Thank you. Here’s to your good mental health!