NewBridge Services founder Mary “Jane” Kelly, who helped keep the agency afloat when it opened its doors in December 1963, died April 30 at the age of 99 in her home in Decatur, Georgia.

“Jane was an amazing person with grace, dignity, and love for those with mental illness in need,” NewBridge CEO Robert L. Parker said. “We recognize her as a cornerstone of what NewBridge is today.” 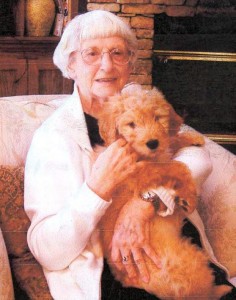 Kelly had been a member of The First Reformed Church of Pompton Plains and worked closely with the Rev. Donner B. Atwood, who by the  early 1960s was inundated with people struggling with mental health problems. Kelly and Atwood, along with Dr. Kurt Manrodt, municipal judge Herbert Irwin, and World War II Army veteran James Ryan, joined forces to create an organization that could provide professional treatment close to home.

NewBridge Services was founded as the Pequannock Valley Mental Health Center in the former Pompton Plains library next to town hall. Kelly lived nearby and would go each night with her two sons, Patrick and Jeffery, to get it ready for the
next day.

“We were the cleaning crew!’’ she said in a 2013 interview. Over the years, Kelly served as secretary and treasurer of the board of trustees.

The nonprofit continued to expand its services and the number of communities served. It adopted the name NewBridge Services in 1998, and currently helps 10,000 children, adults and seniors a year through counseling, housing and education programs in Morris, Passaic and Sussex counties, and elsewhere. 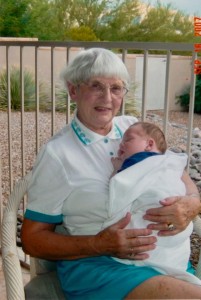 “I was proud of it from Day One, and I marveled that it grew into such a great service for the community,’’ the widow said in 2013. Kelly and her husband, Elmer, were married for 68 years before her husband’s death in 2003.

Because of her longtime support of NewBridge, her family has asked that donations in her memory be made to NewBridge. (Patrick Kelly said his mother asked that donations be made in lieu of flowers.) Donations can be made online at newbridge.org/donate or by mail. The address is: 1259 Route 46 East, Suite B, Parsippany, NJ 07054 attn: Development Office.

NewBridge Services, a 501c(3) nonprofit, is a premier provider of counseling services, housing and educational programs in northern New Jersey serving 10,000 adults and seniors last year alone. NewBridge treats mental illnesses and addictions; teaches skills for coping with stress, grief and challenging relationships; builds and manages affordable housing; offers school-based programs that teach children and adolescents resiliency skills for healthy emotional development; helps young adults succeed in their education and prepare for careers; and supports seniors so they can remain independent. Throughout its more than 50-year history, NewBridge has remained true to its mission of bringing balance to people’s lives by tracking shifts in communities’ needs and providing innovative, effective programs to meet them.