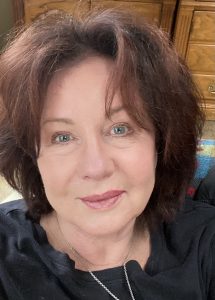 Friendship brought Joan Auerbach to NewBridge Services. Auerbach met NewBridge Board of Trustees President Debbie King professionally decades ago, when they often were on opposite sides of the table over high-end footwear negotiations. The two became dear friends.

When King asked her to join the board of trustees in November, Auerbach readily accepted. “I’m so impressed with what NewBridge does, and I’m honored to be part of the board,” she said.

Auerbach said she is eager to help NewBridge’s fundraising efforts and attract new supporters, especially the younger generations. “I love being part of initiatives, and mentoring young people,” Auerbach said. She serves on the committee for the Legacy of Hope Gala — NewBridge’s major annual fundraiser.

She’s learning about the range of NewBridge programs, including NewBridge Jobs Plus, the alternative education and career program. “It’s amazing what it does to help young people,” Auerbach said. Having lost two relatives to addiction, she said she also feels strongly about NewBridge’s prevention and treatment programs.

Auerbach lives in Wyckoff with her husband, Eric, and adult son, Ian. 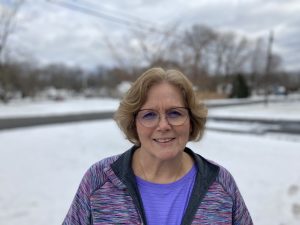 After her mother died, Barbara Penhale turned to NewBridge Services counseling to help her cope with the loss. Decades later, she joined NewBridge’s housing committee, and began volunteering at NewBridge’s Thanksgiving dinner for people with serious mental illness.

“The clients were so appreciative, and I got to learn more about NewBridge,” said Penhale, who became a trustee in June. Penhale serves on the housing committee and the the Legacy of Hope Gala committee.

Penhale knows much about housing, one of NewBridge’s three pillars. Penhale bought a condominium in one of Pequannock Township’s affordable housing complexes in 2000 and served nine years on the township’s fair housing committee. She also is on the board of her condo association.

Penhale works as an associate at Walmart and part-time companion to seniors. She said she is impressed with NewBridge’s group homes, and the services provided residents to help them thrive. “NewBridge is there to help people in every situation,” Penhale said.