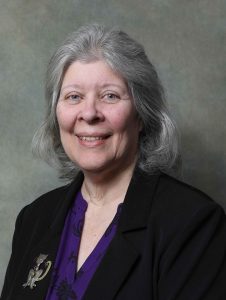 Michelle Borden has more than 40 years experience in nonprofit leadership, including 23 at NewBridge Services. Ms. Borden is a force behind NewBridge’s innovative programming, designed with flexibility to meet communities’ changing needs. As CEO, she oversees day-to-day operations, quality management and regulatory compliance. Ms. Borden coordinates the nonprofit’s response to community crises, and represents the organization in local, county and statewide planning efforts. She is a Certified School Social Worker, a Licensed Clinical Social Worker, a Certified Social Work Manager, and a Disaster Response Crisis Counselor.

Ms. Borden found her calling at age 12, after a hurricane devastated her New Orleans neighborhood. She earned a bachelor’s degree in cultural studies at Bates College in Maine, and a Master of Social Work at the University of Connecticut. Working for the Devereaux Foundation, Ms Borden led the creation of a residential program for girls with emotional disturbance. She then spent 11 years overseeing the psychiatric and substance abuse programs — first outpatient and then both outpatient and inpatient — at East Orange General Hospital.

She began working at NewBridge in 1997, and quickly became second-in-command. Before becoming CEO, Ms. Borden served as chief operating officer. After the 9/11 terrorist attacks, Borden became a founding member of the Morris County Human Services Response Network. The effort led to New Jersey becoming one of the first states to certify disaster response crisis counselors. A decade later, Borden was providing psychological first aid in communities devastated by flooding.

As medical director at NewBridge Services for the past 12 years, Dr. Talbo brings nearly 40 years of psychiatry experience to the agency.

Certified by the American Board of Psychiatry and Neurology, Dr. Talbo is past president of the Essex County Hospital Center medical staff. She earned her Doctorate of Medicine from the University of Santo Tomas in the Philippines.

Walter Dudzinski earned an MBA at The Wharton School, University of Pennsylvania, and has held several chief financial positions during this 30-year career. Mr. Dudzinski received his undergraduate degree from Rutgers University in biology and psychology and worked three years in a residential addiction services setting.

Mr. Dudzinski is a board member of NAMI Hunterdon, the Hunterdon County Mental Health Board, Collaborative Support Programs of New Jersey, NJPRA and the Tri-County Care Management Organization. Mr. Dudzinski was appointed by former New Jersey Gov. Corzine as a trustee of Senator Garrett W. Hagedorn Psychiatric Hospital, where he served until its closure. He is also an accomplished public speaker for NAMI New Jersey’s In Our Own Voice program, addressing the stigma of living with a mental illness.

Mr. Lacouture started his career at NewBridge in 1985 as a van driver and pre-employment training instructor for NewBridge Jobs Plus — becoming program manager within a year. Following a stint as director of Homeless Outreach Service at the Mental Health Association of Morris County, he returned to NewBridge in 1993, as director of Administration.

Mr. Lacouture earned an Associate’s Degree in Business Administration from the County College of Morris, a Bachelors Degree in Sociology from Montclair State College, and a Master of Social Work from Rutgers University.

Mr. Moore is a proponent for creating affordable, accessible housing with support services, especially for people diagnosed with a mental illness and seniors, many of whom struggle financially.

NewBridge’s housing clients with mental illness — many in their 50s — will require accessible housing to accommodate disabilities as they age.

Mr. Moore began his career providing care to people with severe head injuries. He segued into working with individuals with mental illness and developmental disabilities and ensuring they have a place to call home.

He became the residential director of Alliance Against Homelessness of Bergen County in 2008. Three years later, he was promoted to executive director, a post he held for eight years before joining NewBridge.

Moore earned a Master of Administrative Science degree from Fairleigh Dickinson University and a bachelor’s degree in English from Florida Atlantic University. In 2020, he earned Low Income Housing Tax Credit certification from the National Center for Housing Management.

NewBridge Services Board of Trustees