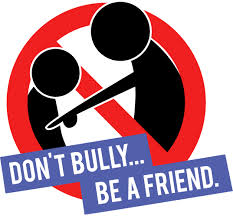 While bullying in New Jersey schools has been on the decline, thousands of students each year are still victimized – and thousands more are the perpetrators.

“These are not isolated incidents, and they can cause emotional scars that last long into a bullied child’s life,’’ said NewBridge Services Director of Community Response and Education Mary Vineis. As for kids who bully, studies show that as adults, they are more likely to have problems holding down a job, struggle in relationships, become dependent on alcohol or drugs, and get in trouble with the law, Vineis said.

Adults must teach children how to deal with bullying, as well as coping techniques so they don’t do it to others.

Parents can help protect their children by teaching them empathy and by working with schools and the wider community to create a culture that rejects bullying and promotes inclusiveness, Vineis said. NewBridge has been providing anti-bullying and related programs in schools for decades, and Vineis said the demand for them is increasing.

“You will always have kids who have a need to dominate others, but the ability or inability for them to do that comes from the community and its reaction to it,’’ Vineis said. “When you have a culture where that’s not acceptable, you have far less incidents of bullying.’’

One of the most important approaches for schools is to implement rules that delineate acts of bullying and make clear the consequences of those acts.

“Kids need to be educated about what’s appropriate behavior and what is hurtful,’’ she said. “When those rules are fairly applied, that goes a long way toward creating a pro-social culture.’’

Incorporating conflict resolution and coping skills into the school curriculum is also key. “When kids are engaged in school, they feel they have more power and say, and they take pride in what goes on there,’’ Vineis said.

At home, parents can seize on teachable moments, she said. If their child talks unkindly about another child, “call him on it. Ask him how he would feel if someone were saying something like that about him,’’ she said. Doing so “provides an opportunity for him to have empathy.’’

The growth of social media websites and software applications has contributed to cyberbullying. Vineis suggested that parents ask schools to provide seminars on the latest apps that are being used in bullying.

“Giving your child a cell phone so you can keep in touch with each other can offer a sense of security, yet it can also be a gateway for bullying,’’ Vineis said. “There have to be checks and balances that go with that.’’

As part of the School Culture and Climate Initiative, a collaboration between the United Way of Northern New Jersey and the College of Saint Elizabeth, NewBridge goes into schools in areas of northern New Jersey affected by Hurricane Sandy and other natural disasters to assist students and staff. NewBridge trains students how to cope with traumatic stress, and its clinicians counsel students with chronic mental health issues.