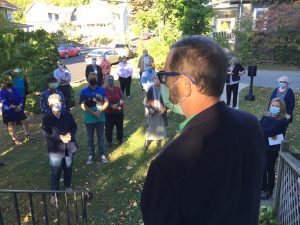 “A wonderful legacy to leave.”

NewBridge Services Board of Trustees yesterday honored Robert L. Parker, the nonprofit’s longest-serving leader, by naming its original group home after him.

“Providing homes and support for people in need was so near-and-dear to Parker’s heart that we felt this was an appropriate way to honor him,” NewBridge Board of Trustees President Debbie King said.

Parker retired in March after 42 years with the nonprofit. He served 28 years as NewBridge’s leader.

A Key to Inclusiveness

NewBridge bought the property in 1981 and converted the residence into a group home  for six seniors who’d lived at Greystone Park Psychiatric Hospital. It became one of New Jersey’s first long-term community residences for older adults hospitalized five years or more. 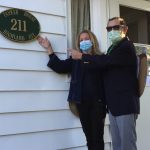 The state initially saw the group home as a place for former Greystone patients to live out their lives, Parker recalled. Instead, many residents improved and were able to return to family or move to a place with less supervision. Parker House is now home to 10 adults of various ages.

When Parker took charge of NewBridge in 1992, he furthered the nonprofit’s housing efforts, seeing it as a key to inclusiveness for people with mental illness.

“The philosophy that Parker has always had is: these are people who have rights, and desires, and needs. We need to be there to give them the leg up that they so deserve, to have a home in the community they can call their own,” said NewBridge CEO Michelle Borden. Borden served 22 years as Parker’s second-in-command before taking the helm in April. 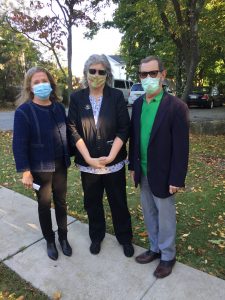 “This is not about Bob Parker. This is about an organization — all the staff, volunteers and partners — who recognize that people can recover from mental illness when they live in the community and receive treatment and support,” a teary-eyed Parker said.

In 1993, Parker spearheaded a program to provide 18 hours a day of intensive treatment services to former psychiatric hospital patients living in boarding homes. “I have no doubt that without Parker’s unique enthusiasm and selling of the concept to state officials, the program would not have happened,” said Jack Muzikowski, who retired as NewBridge’s director of Housing Services in 2005.

From there, NewBridge expanded case management and supportive housing programs that allow people to live and work in their communities, Muzikowski said.

Today, 53 adults live in NewBridge’s five group homes, making strides toward their goals in mental health, physical health, socialization, and daily living skills. Another 87 people diagnosed with persistent and chronic mental illness live on their own with support services from NewBridge. NewBridge, in collaboration with other nonprofits and local governments, also provides affordable housing to 100 people with special needs. 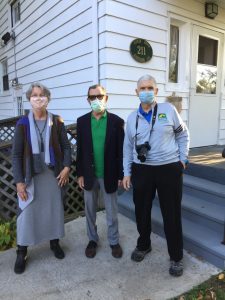 “Under Parker’s leadership, we developed so many residential opportunities for people with disabilities, affording everyone the chance to participate in our society,” said Carolyn Dean, NewBridge director of Community Outreach and Support. “That’s a wonderful legacy to leave.”

Parker joined NewBridge in 1978 as director of its newly created youth services bureau. He led the nonprofit’s transformation from a local mental health agency into a multi-service community nonprofit. NewBridge tackles some of society’s toughest issues, including mental illness, addiction, isolation, and homelessness, with a strong emphasis on prevention and early intervention. Last year, NewBridge helped nearly 8,000 children, adults and seniors through its three pillars: counseling, housing and education.