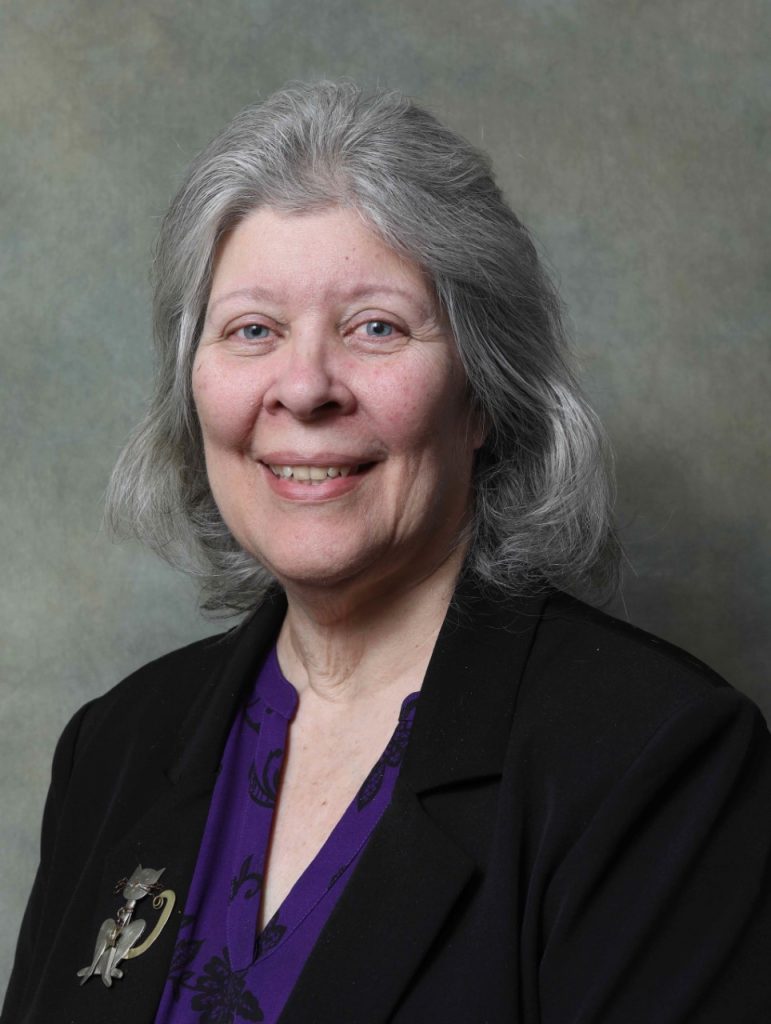 In its aftermath, Red Cross representatives gave residents water and talked about how to stay safe. “I started to wonder, how can I help people?” Borden said. She went on to become a licensed clinical social worker, certified disaster response counselor, and nonprofit leader.

Passion for the Mission

The chief operating officer of NewBridge Services will take the reins of the 57-year-old organization on April 1. Borden replaces Robert L. Parker, who is retiring after 28 years as CEO and 42 years with NewBridge.

Longtime CEO Robert L. Parker said, “I feel that NewBridge could not be left in better hands!” said Parker, who hired Borden in 1997. Borden has been Parker’s right-hand person from the get-go. “We shared such a strong passion for the mission, and became lockstep partners,” he said.

NewBridge is committed to bringing balance to people’s lives through counseling, housing and education. Based in Morris County, the community nonprofit also serves residents of Passaic and Sussex counties, and beyond. Last year alone, NewBridge helped nearly 8,000 children, adults and seniors.

The NewBridge Services Board of Trustees chose Borden as CEO for her leadership, extensive knowledge and dedication, board President Debbie King said. “We are confident that with her leadership and passion, NewBridge will continue to thrive and grow,” King said.

Borden Recognized as Leader in Crises

After the 9/11 terrorist attacks, Borden became a founding member of the Morris County Human Services Response Network. The effort led to New Jersey becoming one of the first states to certify disaster response crisis counselors.

A decade later, Borden was providing psychological first aid in communities devastated by flooding. With many NewBridge employees working during the floods, Borden was sure to be there for them, Parker said. “She all but took a boat to get in, driving back roads, to make sure everyone was OK,” he said.

Laurie Becker, who served 21 years as Morris County’s behavioral health director, described Borden as “the perfect blend of leadership qualities and strong clinical skills.” Becker said Borden “became one of my go-to people from the time of September 11.” Borden helped establish NewBridge as a lead responder to crises in Morris County, Becker said.

“No matter the situation, if Michelle was at the table, we knew we were well-supported and would get through it OK,” said Becker, who retired last year.

With the outbreak of COVID-19, Borden worked with state health officials to ensure NewBridge could continue serving clients using telehealth. “Our goal is to provide ongoing treatment and services to our clients throughout this crisis,” she said.

Not long after earning her Master of Social Work at the University of Connecticut, Borden led the creation of a nonprofit’s residential program for girls with emotional disturbance. She then spent 11 years overseeing the psychiatric and substance abuse programs — first outpatient and then both outpatient and inpatient — at East Orange General Hospital.

One day a job ad came over the hospital’s fax machine. NewBridge Services was looking to hire an assistant director of clinical services. The position would allow Borden to focus exclusively on community-based services. She landed the job and within two years became assistant executive director.

“I feel proud of being able to develop and have programs in place to meet people’s needs,” Borden said. She oversees the nonprofit’s contracts, working with federal, state, and county officials. She also handles the nonprofit’s regulatory issues “so our staff can focus on doing their job treating clients,” she said.

“She is such a force at NewBridge, and always has been,’’ said Mary Vineis, who in December retired as NewBridge’s director of Community Response and Education. She combines the administrative and clinical knowledge “better than anyone I have ever met,” Vineis said.

With her calm demeanor and wealth of knowledge, “Michelle can help you find an answer to a problem, or help you figure out you already know the answer,” Vineis said.

Borden, who earned her undergraduate degree in cultural studies from Bates College in Maine, lives in Little Falls and is the mother of two sons.